The Black Sabbath M.C. has chapters across the United States:

Want to Become a Member or Start a Chapter?

Are you interested in Prospecting for the Black Sabbath MC and becoming a member but still have some questions? Would you like to start a local chapter in your area? For more information, use our contact form or download our registration form directly. We look forward to hearing from you!

Who are WE? The Mighty Black Sabbath MC Nation! 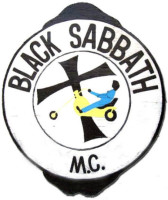 Welcome to the Site

Welcome to the Black Sabbath M.C. website. We warmly invite you to surf these pages to discover who we are, what we are about and why we have banded together to form a family of brothers and sisters, dedicated to serving our country and communities, while creatively pursing the love, joy and freedom of riding motorcycles. We welcome all riders, all styles, all bikes, all races and both sexes!  We are a breed apart!  We've never done anything like the rest!

What We Do - A Brief History

The Black Sabbath Motorcycle Club, a LAW ABIDING, not-for-profit organization, concieved in 1972 and established in 1974, on the South East side of San Diego California in the Mt. Hope neighborhood at 4280 Market Street.  Our mission then wasn't very complicated, we were just group of seven African American men, who rode our bikes mostly on Sundays and were similarily possessed with an insatiable appetite for custom building "Choppers" and race-bikes; to impress the ladies and civilians, and to compete against all commers great and small.  When our wives got tired of us meeting in our garages on Sundays and began complaining out us making noise in the neighborhoods - we realized it was time to form a motorcycle club and get ourselves a clubhouse.  The Black Sabbath San Diego MC clubhouse is the longest standing clubhouse in San Diego - 40+ Years and STILL STRONG!!

Our one-piece patch identifies us as a traditional, family-oriented, 99%er  law abiding MC to other motorcycle club nations on biking sets around the world. Our colors are affectionatly named "The Turtle Shell" because the huge 16 inch back patch resembles a turtle shell on the backs of most members. OUR COLORS DON'T RUN! Blood, sweat and tears have been shed so that future generations of Black Sabbath could wear our colors with pride. The colors are honored as the symbol of the bond that binds the Mighty Black Sabbath MC Nation together. Our colos have been recognized on the biking set, starting in San Diego, California and extending from the shores of the Pacific Ocean to the sands of the Atlantic Ocean and all over the world since 1974. Blessed by the dominant Chosen Few MC Nation and the dominant Hells Angels MC Nation in San Diego, California as well as dominants in every city we have occupied since, we make no apologies for our colors and we boast proudly from within them. They have brought us no shame or disservice. We wear them with pride, never surrender them, never dip them and never bring descredit upon them!

1. An African American Man with Afro Flying in the Wind

3. Riding Astride a Yellow Chopped Motorcycle

4. Across a Flying, Slanted Christian Cross

Our club colors are: Black, White, Yellow and Blue

The Breed Apart patch is the heart patch of the BSMC Nation. It is the top most patch on the left side above our hearts.

The BSMC Nation has followed all MC protocol in setting up its chapters nation wide. To that end we have received blessings to operate by dominants in every area in which we have chapters. As a neutral 99%er elite motorcycle enthusiast/riding MC the BSMC Nation wears no support patches as it takes no political sides and does not align itself with outlaw MC nations of any kind. We simply live to ride and we ride to live!

Though originally an African American, all male MC, the Black Sabbath soon swelled with members from all races and from both sexes in Southern California.

In 1989 the Black Sabbath saw the opening of its second chapter in Wichita Kansas, fathered by the fabled racer, Sugarman, who once wrecked his motorcycle (early 1970's) on his way to Salton Sea, without a helmet, at over 110mph!  After skidding on his face and banging his head down the highway a half-dozen times, Sugarman was racing his motorcycle the next day at the Salton Sea bike run/race event and won his race even though the Black Sabbath President had threatened to take his colors for racing so soon after having a bad wreck. In response to the President's threat Sugarman famously said, "Take these damned colors if you dare Pep! I came to race and that's damned well what I'm gonna do!"  After that Black Sabbath racers have often shouted the Sugarman battle cry before taking on an opponent, "I CAME TO RACE" striking fear into the hearts of fools who dared challenge them.

Because the Black Sabbath Motorcycle Club was started by African Americans and its membership is primarily African American (90%) it is considered to be on the "Black Biker Set" by biker clubs across America. However, the BSMC integrated early in its history (1970's) and includes all races, creeds, colors, regligions and backgrounds. The Christian cross indicates the roots in Christiainity of the Original 7 founding fathers who rode on the Sabbath day and does not represent the exclusion of other religions or religious intolerance. In short, all are welcomed! Black Sabbath men belong to the brotherhood of the cross and sisters fall into two categories. Women who do not ride belong to the Black Sabbath Goddess corps and women who ride motorcycles belong to the Black Sabbath Sisters of the Cross M.C. They represent men and women from all walks of life. The Mighty Black Sabbath Motorcycle Club Nation is about family, tolerence, love, patience, accepting and understanding wrapped around a mad passion to pursue adventure astride two wheels and a rumbling engine! We want everyone who wants to ride with us!

Though we enjoy all bikes and styles of riding many Black Sabbath members are still racers at heart and have built some of the fastest race bikes in the country.  It may be amazing to you to see our God Father "Pep" at 60 years old, riding a Haybusa and Sugarman, at 60 still racing 6 second quarter mile funny bikes - but we know no other way to RIDE!  Pep never owned a cruiser except for the Harley he won way day in a raffle.  And it is with this spirit of individualism and determined persistence that he lead the Mighty Black Sabbath MC Nation as the National President for the past 20 plus years.  Pep strongly encouraged leadership and personal excellence from all Black Sabbath members.

The Black Sabbath MC and Biker Boyz the Movie

In 2001 we were honored to have a principal role in shaping the first and so far the only motorcycle movie ever made about African American bikers and their lifestyles (Biker Boyz Dreamworks LLC. production).  The National President, Black Dragon (John E. Bunch II, publisher of Black Iron Motorcycle Magazine 2001, Black Sabbath Newsletter 1999, Urban Biker Cycle News 2000 and the Black Sabbath Motorcycle Magazine 2009) was a lead consultant in the creation and development of the movie from its inception and during the movie's filming.  John reported directly to director Reggie Rock Bythewood during the filming of the movie and gave invaluable insight and direction to the production crew and producers.  Often credited with the resurgence of MC's and RC's across the country, Biker Boyz was a standout movie - as it portrayed (true to Director Bythewood's intentions) African American men and women positively through heroric character studies and non-violent, respectable entertainment.  Biker Boyz set the high bar for future motorcycle movies, depicting the African American biking set to achieve.  The God Father spent nearly two months on the set of Biker Boyz with Black Dragon. He remarked that Hollywood was truly an adventure all should have the good fortune of experiencing!

Don't Just Ride Do Something Great!

Do something incredible for someone else every time you can.  Walk in this world as a leader among the chosen to make a positive impact upon your community and in the lives of others!  Treat all with mutual respect, kindness and unconditional love.  Spread tolerance, acceptence and understanding while crushing bigotry, hatred and oppression, first by example, then by direction.  Sacrifice like no others will so that you can live as no others can!  Then you will know what it is to exist a Breed Apart!  Then you will know what it is to be Black Sabbath.

Pray for us!   The Black Sabbath Motorcycle Club and do your best to keep the rubber side down! 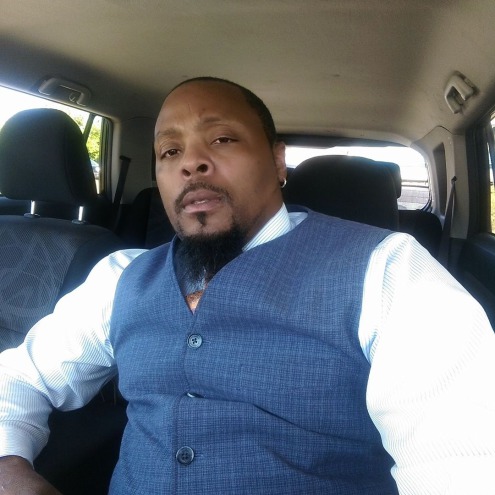 We invite you to add to our proud history.  We are always looking for great people of strong character to join one of our local chapters or perhaps start a chapter in your area.  We are the mighty Black Sabbath Motorcycle Club Nation. 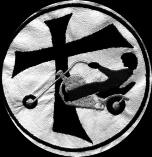 1. To become the greatest riding motorcycle club in the world by pounding down great distances on two wheels, bonding on the highways and byways as family, camping out while riding to biker events or across country, enjoying the wilderness, racing, competing, winning and experiencing our extended family by tenderly loving each other more and more each day!

2. To become the greatest motorcycle club family in the world by encouraging diversity within our MC, by building strong and lasting friendships among members. By instilling a sense of love, pride, and togetherness within our communities and helping those in need through volunteerism. By cultivating a mindset of moral and social responsibility amongst our members. And by inspiring our youth to achieve beyond all limitations which will leave a legacy of hope and boundless dreams for future generations of the Mighty Black Sabbath Motorcycle Club Nation to come.